Mother Teresa has officially been declared a Saint! 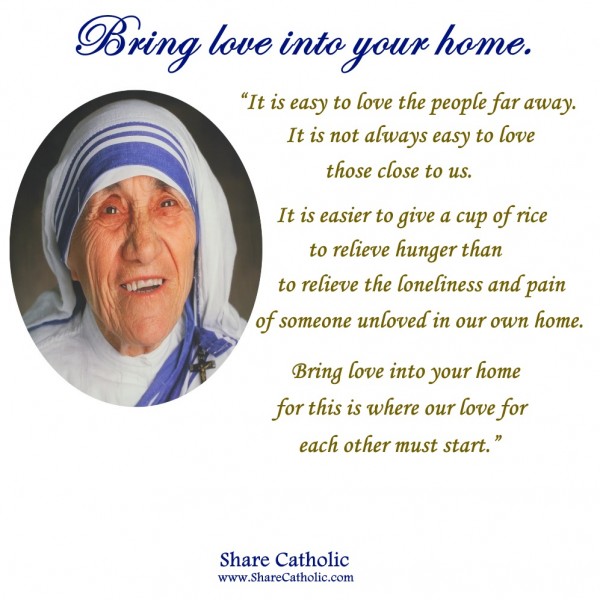 Pope Francis on Sunday officially declared Mother Teresa of Calcutta a saint of the Catholic Church in front of thousands of pilgrims in St. Peter’s Square – a move the entire world has been waiting for.

Her canonization is significant not only because it took place during the Jubilee of Mercy, but also because it fell during a special Sept. 2-4 Jubilee celebration for workers and volunteers of mercy, of whom Mother Teresa is widely considered one of the greatest of our time.

Agnes Gonxha Bojaxhiu, the future Mother Teresa, was born on 26 August 1910, in Skopje, Macedonia, to Albanian heritage. She joined the Sisters of Loretto at age 17 and was sent to Calcutta, where she taught at a high school. After contracting tuberculosis, she was sent to rest in Darjeeling, and it was on the way that she felt what she called “an order” from God to leave the convent and live among the poor.
On October 7, 1950, the new congregation of the Missionaries of Charity was officially erected as a religious institute for the Archdiocese of Calcutta.In 1952, the government granted them a house from which to continue their mission of serving Calcutta’s poor and forgotten.The congregation quickly grew from a single house for the dying and unwanted to nearly 500 houses around the world.

Throughout the 1950s and early 1960s, Mother Teresa expanded the work of the Missionaries of Charity both within Calcutta and throughout India. On 1 February 1965, Pope Paul VI granted the Decree of Praise to the Congregation, raising it to pontifical right.

From the late 1960s until 1980, the Missionaries of Charity expanded both in their reach across the globe and in their number of members. Mother Teresa opened houses in Australia, the Middle East, and North America, and the first novitiate outside Calcutta in London. In 1979 Mother Teresa was awarded the Nobel Peace Prize. By that same year there were 158 Missionaries of Charity foundations.