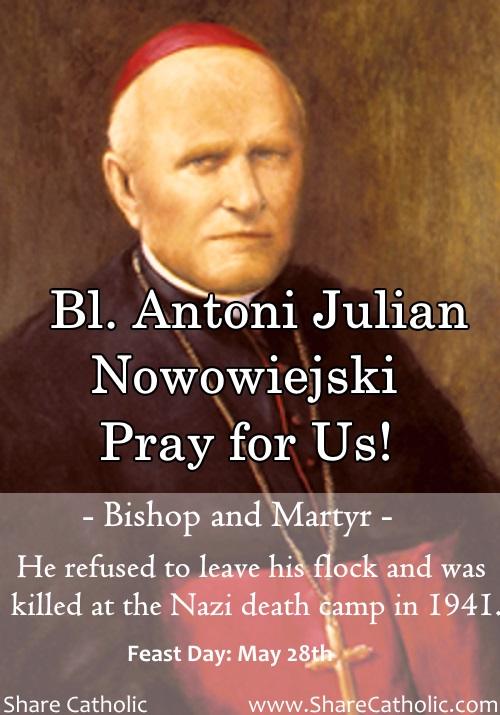 Archbishop Antoni Julian Nowowiejski was was born in 1858, and beatified by Pope John Paul II on June 13, 1999, along with another 107 Poles who were martyred during World War II.

The late archbishop of Plock, Poland, was arrested by the occupying Germans in 1940. He refused the chance to escape, saying he wouldn’t desert his flock, and he also refused to profane Christian symbols. He died, after countless beatings, at the Nazi’s Dzialdowo death camp in 1941.