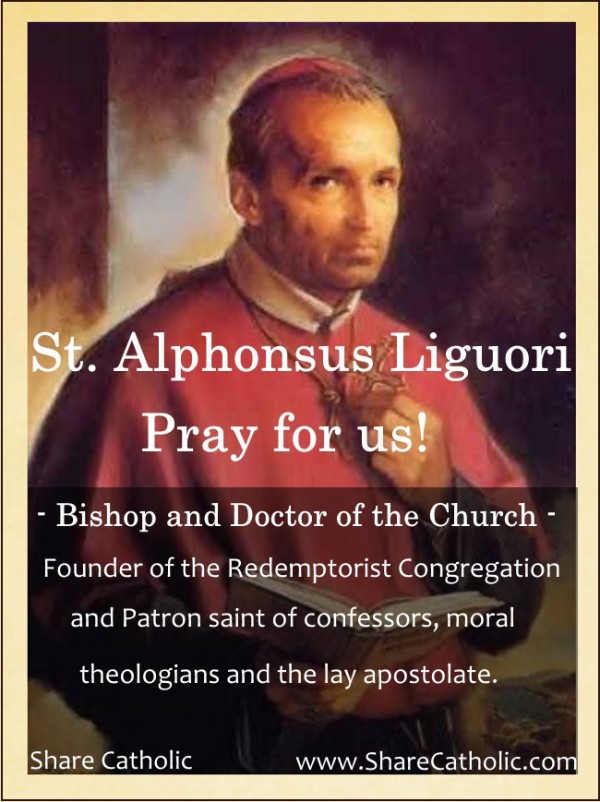 St. Alphonsus Marie Liguori was born in 1696 near Naples, Italy. He was born in a pious family and went to retreats with his father. He was educated at the University of Naples and received his doctorate at the age of sixteen. He began practicing law for a brief time and then left the law courts and his fame. In 1973, he received a vision and was told to consecrate his life solely to God.

He was ordained in 1726 and six years later founded the Congregation of the Most Holy Redeemer (Redemptorist Congregation).

His writings especially the Moral Theology and Glories of Mary have had great impact and survived throughout the years.

He was declared as a Doctor of the Church.