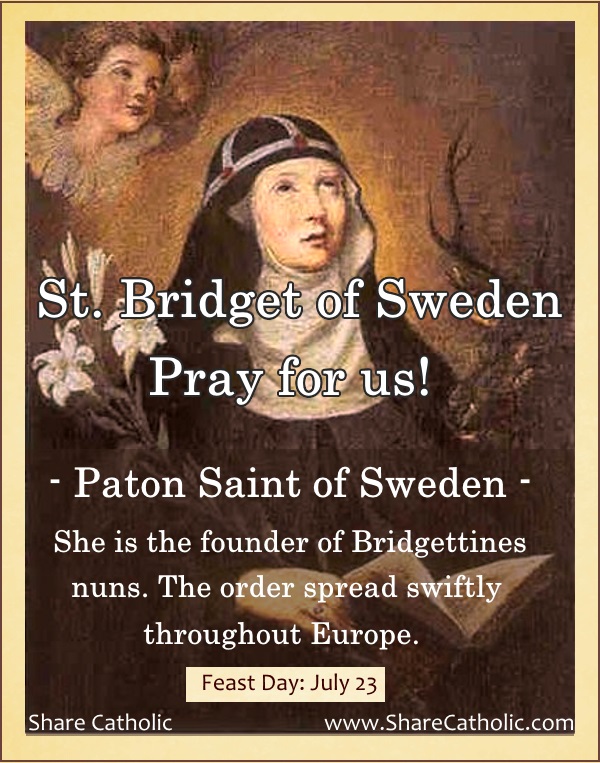 St. Bridget of Sweden was the daughter of Birger Persson who was one one of the richest landowners of the country. Her family was very pious and Bridget received careful religious training. At the age of 7, Bridget received a vision in which our Lady placed a crown on her head and at the age of 10 she saw a dream of Christ wounded and bleeding.

Her mother died when she was 12 and she was raised by an aunt. At the age of 14, she was wedded to an 18 year old prince. She was married 28 years and had eight children. St Bridget was greatly know for her saintly life and charity.

She received a revelation from our Lord in which he dictated to her the “Fifteen Prayers of St. Bridget” in honor of his passion.

In 1346, she founded an order of nuns called the Brigittines which spread swiftly throughout Europe. She is the patron saint of Europe and Sweden.