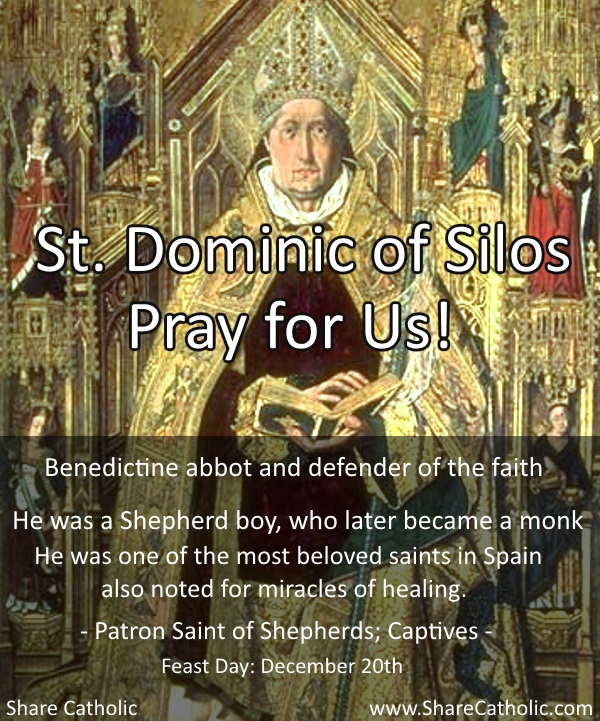 St. Dominic, Benedictine abbot and defender of the faith, is one of the most beloved saints in Spain. King Garcia III of Navarre challenged him when he became abbot of the monastery in Spain, and Dominic refused to surrender part of the Benedictine lands to the crown which led to him being exiled.

Pray for us, St. Dominic.