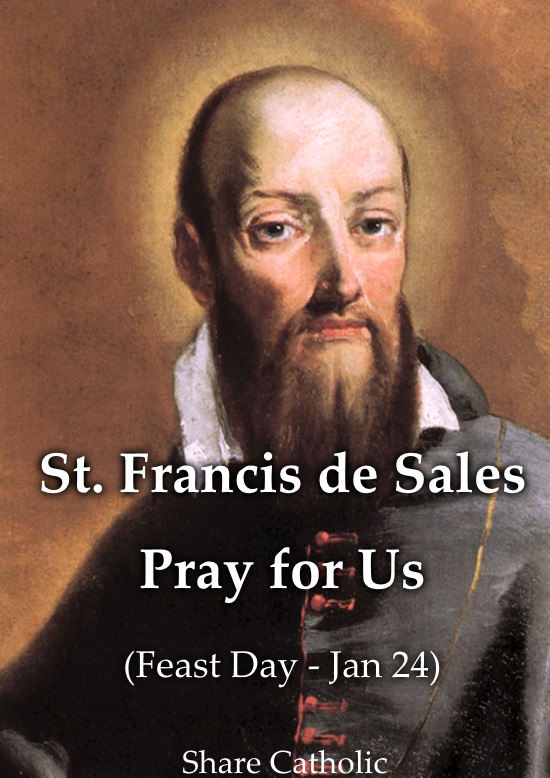 St. Francis de Sales was born in France, on 21 August 1567. His Father wanted him to be a soldier and sent him to Paris to study. Even though St. Francis received his doctorate in law and theology and he had several job positions available to him including a position as a senator, he always wanted to join the priesthood and he was ordained in 1593.

St. Francis de Sales is famous for his book ‘Introduction to the Devout life’ which was written to give spiritual direction to lay people living ordinary lives in the world. At the time, holiness was only associated to monks and nuns and St. Francis’s book changed all that.

He is the Patron Saint of authors, journalists and writers.