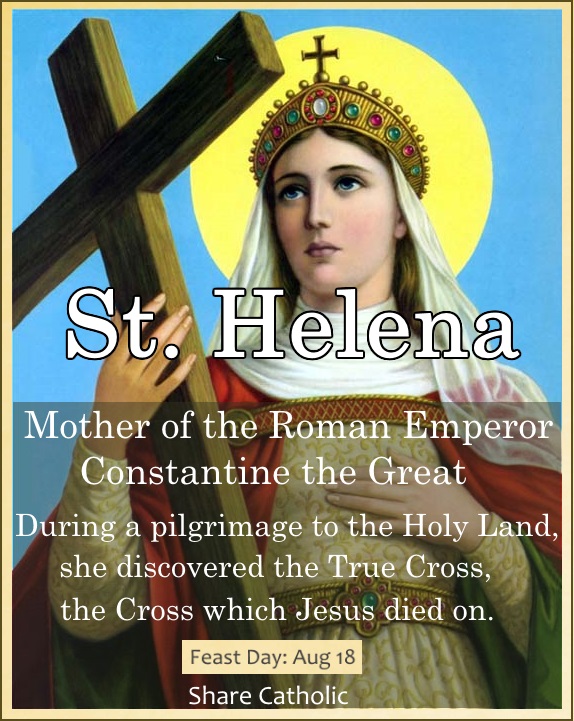 St. Helena, the mother of Roman Emperor Constantine the Great, converted to Christianity and performed many acts of charity, including building churches in Rome and in the Holy Land.

On a pilgrimage to Jerusalem, she discovered the True Cross. She razed the second century temple of Aphrodite which was built over the tomb of Jesus. The Basilica of the Holy Sepulcher was built instead over the tomb.

During the excavation, workers found three crosses. It is believed that the cross which Jesus died on was identified when it’s touch healed a dying woman.