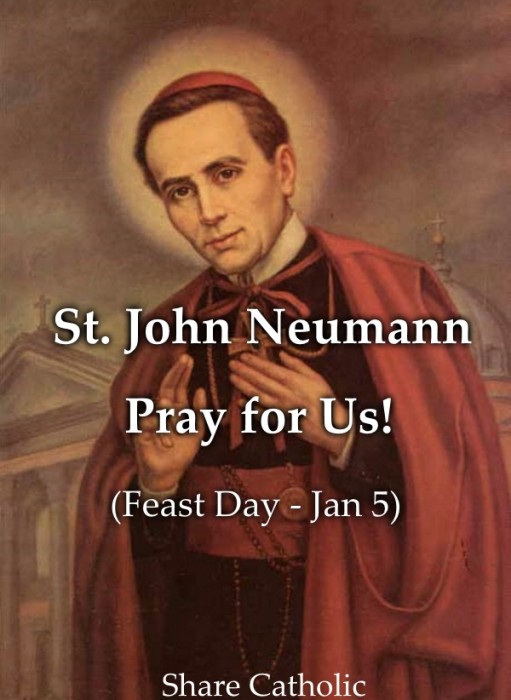 St. John Neumann was born in Bohemia in 1811. HE tried becoming a priest but was rejected due to an overage of ordinations in Europe. He immigrated to the United States where he became a Catholic Priest.

He became the fourth bishop of Philadephia in and is the first United States Bishop to be canonized. He founded the first Catholic diocesan school system in the United States.

St. John Neumann, obtain for me a solid faith in all the teachings of the Catholic Church, along with the light to know the emptiness of earthly possessions, along with the seriousness of my sins. Obtain for me also the special favor which I ask through your intercession with God. Amen.