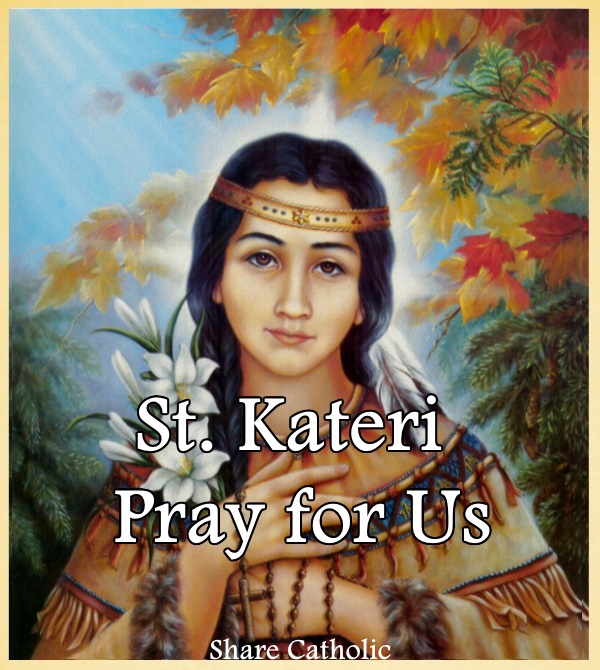 St. Kateri Tekakwitha, born in 1656, is the first Native American to be recognized as a saint by the Church. Her name, Kateri, is the Mohawk form of Catherine, which she took from St. Catherine of Siena.

She contracted smallpox as a four-year-old child, which scarred her skin. The scars were a source of humiliation in her youth. She was commonly seen wearing a blanket to hide her face. To make matter worse, her entire family died during the outbreak.

At age 19, Kateri Tekakwitha converted to the Catholic faith, and took on a vow of chastity. Her adoptive parents and their neighbors did not approve of her decision and some of her neighbors started rumors of sorcery. To avoid persecution, she traveled to a Christian native community south of Montreal.

Kateri was very devout and often prayed for the conversion of her fellow Mohawks. According to the Jesuit missionaries that served the community where Kateri lived, she often fasted and when she would eat, she would taint her food to diminish its flavor.

Five years after her conversion to Catholicism, she became ill and passed away at age 24, on April 17, 1680. She was canonized by Pope Benedict XVI on Oct. 21, 2012. She is the patroness of ecology and the environment, people in exile and Native Americans.