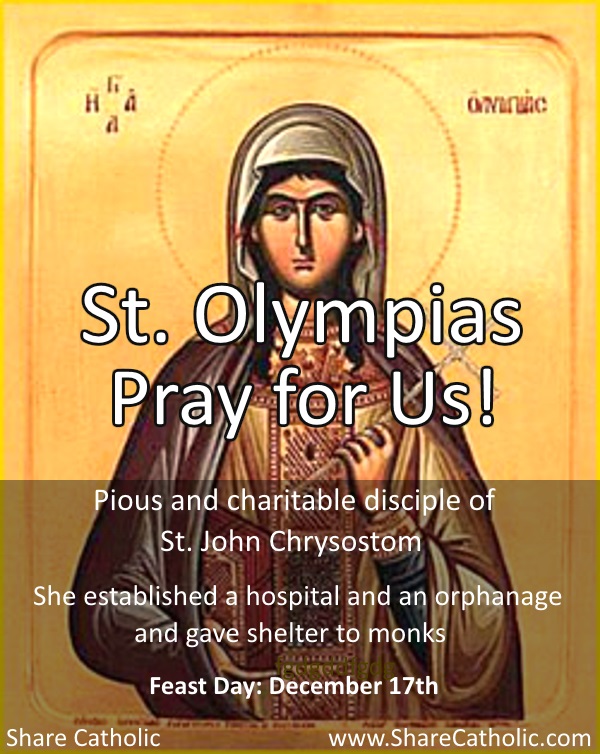 St. Olympias was born into a wealthy noble family, but was orphaned when a child and was given over to the care of Theodosia by her uncle. She married a prefect, but was widowed soon after.

She refused several offers of marriage, was consecrated a deaconess and with several other ladies founded a community.

She was so generous in her almsgiving, that her good friend St. John Chrysostom took her under his direction. She established a hospital and an orphanage and gave shelter to monks.

She spent the last years of her life beset by illness and persecution but comforted by Chrysostom from his place of exile. She died in exile in Nicomedia on July 25, less than a year after the death of Chrysostom. Her feast day is December 17th.