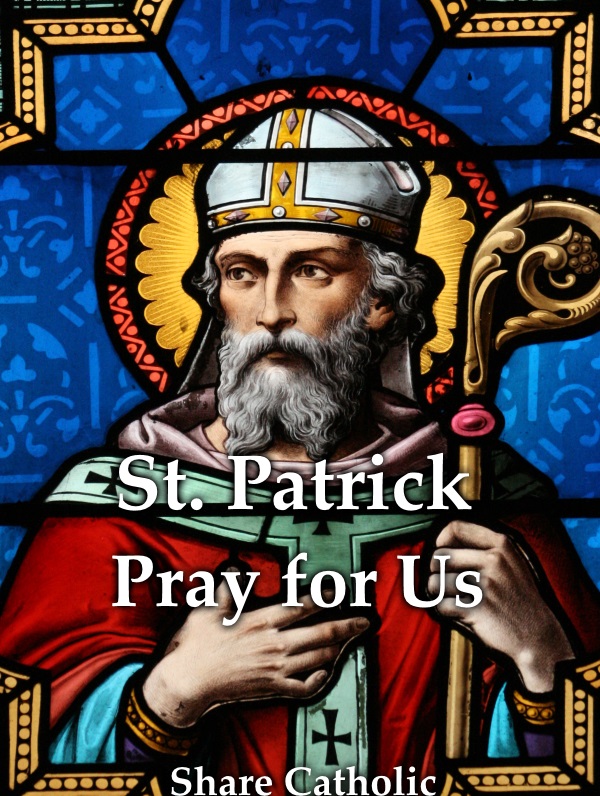 St. Patrick, one of the most popular saints was born in Roman Britain. When he was 14, he was captured by Irish pirates and taken as a slave to Ireland. Six years later, he escaped from their captivity after seeing a dream in which God told him to go to the coast. He met some British sailors there, who took him back home.After few years, St. Patrick began studying for the priesthood and was ordained by St. Germanus. He was later ordained a bishop and sent to take the Gospel to Ireland.

After arriving in Ireland, he met the chieftan of one of the druid tribes who attempted to kill him, but St. Patrick was able to convert him and preach the Gospel throughout Ireland. He preached, worked many miracles and converted all of Ireland. St. Patrick died in 461, after years of living in poverty and enduring much suffering.

St Patrick is the Patron Saint of Ireland and is known for using shamrocks to explain the doctrine of the Holy Trinity.