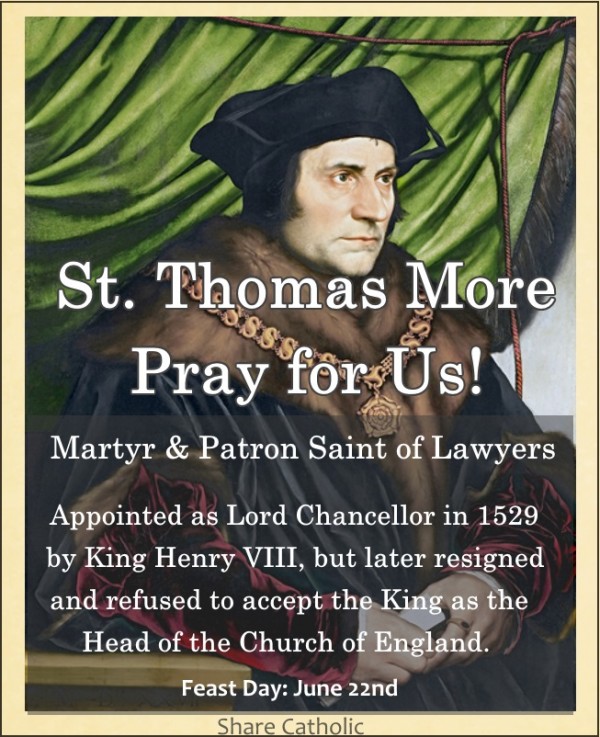 St. Thomas More was born in London in 1478. He was a very learned man who studied at Oxford and later served in the Parliament.

He attracted the attention of King Henry VIII who took a liking to St Thomas and appointed him as Lord Chancellor.

St Thomas later resigned because the King opposed the Church regarding the status of his marriage and the supremacy of the Pope. He spent the rest of his life defending the Church for which he was imprisoned. St Thomas was tried and convicted of reason and beheaded in 1535.