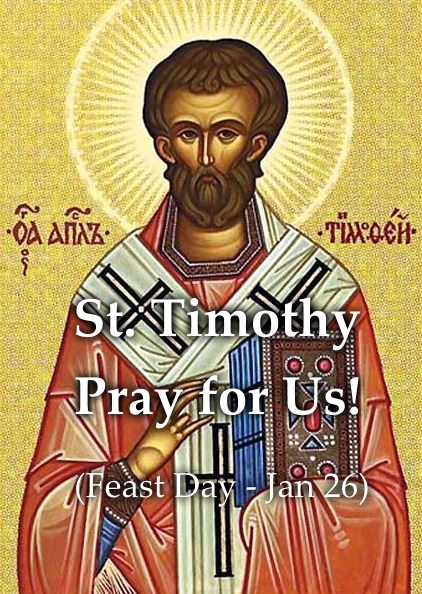 St. Timothy was a close friend and confidant of ST. Paul. He was was baptized and later ordained to the priesthood by St. Paul. He accompanied St Paul on his missionary journey and was sent to Thessalonica to encourage the Christians who were facing persecution there.

St. Paul wrote two letters to St. Timothy, one from Macedonia and one from Rome while he was in Prison awaiting execution.

He was probably imprisoned with St Paul in Caesarea and then in Rome, but was later freed. He later went to Ephesus where he became its first bishop and was stoned to death there.