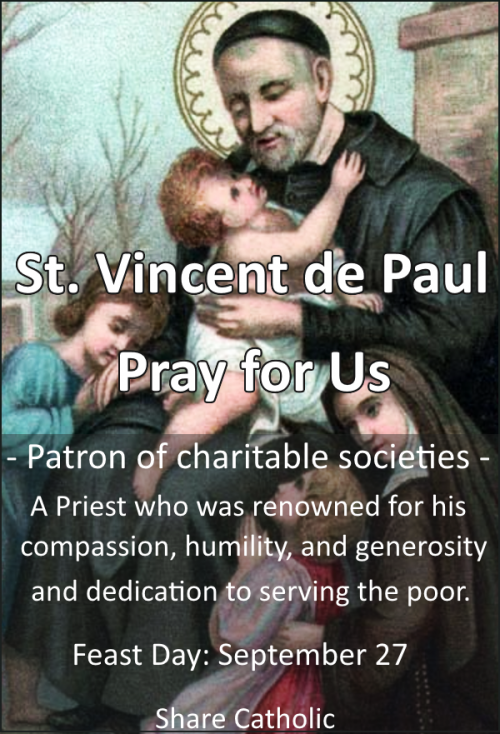 St. Vincent was born of poor parents in the village of Pouy in Gascony, France, about 1580. In 1596, he went to the University of Toulouse for theological studies, and there he was ordained priest in 1600.

In 1605, on a voyage by sea from Marseilles to Narbonne, he fell into the hands of African pirates and was carried as a slave to Tunis. His captivity lasted about two years, until Divine Providence enabled him to effect his escape. In 1617, he began to preach missions, and in 1625, he lay the foundations of a congregation which afterward became the Congregation of the Mission or Lazarists.

He dedicated his life to serving the poor. He was renowned for his compassion, humility, and generosity and is known as the “Great Apostle of Charity”. It would be impossible to enumerate all the works of this servant of God. Charity was his predominant virtue. It extended to all classes of persons, from forsaken childhood to old age. The Sisters of Charity also owe the foundation of their congregation to St. Vincent.

He is the patron of charitable societies.