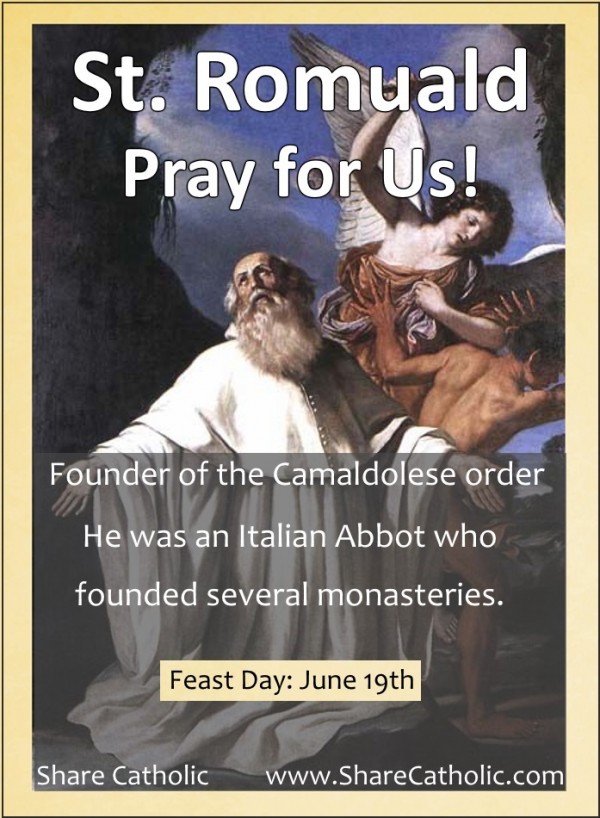 St. Romuald was born in north eastern Italy. He spent his early life indulging in worldly pleasures. After witnessing his father kill a man in a duel, his outlook on life changed and he became a changed man.

He retired to a Benedictine monastery where he became an Abbot. He founded several monasteries.