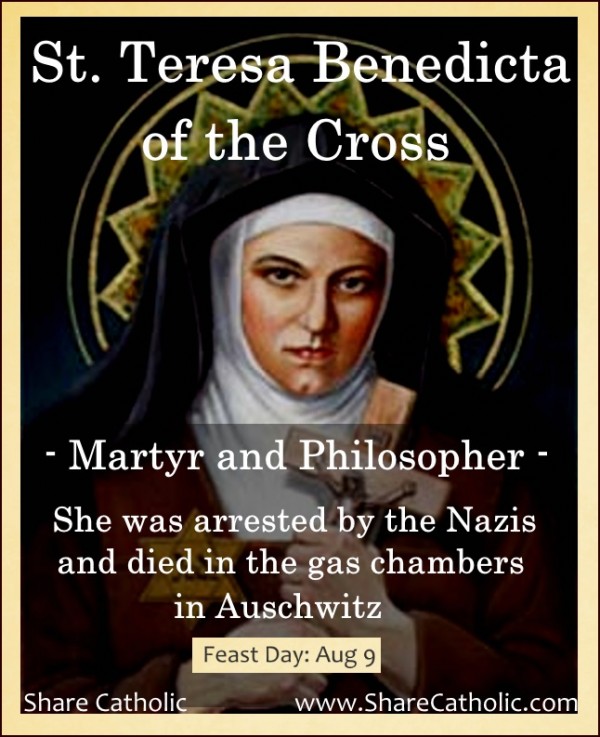 St. Teresa Benedicta of the Cross (Edith Stein) was born in 1891 in Poland to a Jewish family. She stopped believing in God at the age of 14 until she read the autobiography of St. Teresa of Avila. She was so captivated by the Saint’s life that she got baptized in 1922 and later became a Carmelite taking the name Teresa Benedicta of the Cross. She was sent to the Carmel in Holland.

When the Nazis conquered Holland in 1940, she was arrested and sent to the death camp of Auschwitz. She died in a gas chamber in Auschwitz on August 9, 1942.

She was canonized by John Paul II on 11 October 1998. In 1999 she was declared, with St. Bridget of Sweden and St. Catherine of Sienna, patroness of Europe. She is the Patron of Europe; loss of parents; martyrs; World Youth Day