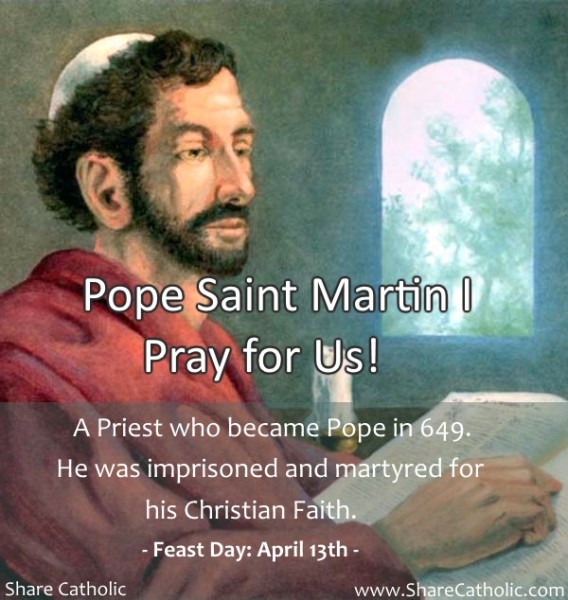 He was elected pope in 649. At that time there existed a popular heresy that held that Christ didn’t have a human will, only a divine will. The emperor had issued an edict no one could discuss Jesus’ will at all.

A council convened by Pope Martin I. affirmed, that since Jesus had two natures, human and divine, he had two wills, human and divine. The council then went further and condemned the Emperor’s edict to avoid discussion.

In his anger at this slap in the face, the emperor sent his soldiers to Rome to bring the pope to him. When Martin I arrived in Constantinople after a long voyage he was immediately put into prison. There he spent three months in a filthy, freezing cell while he suffered from dysentery. He was not allowed to wash and given the most disgusting food. After he was condemned for treason without being allowed to speak in his defense he was imprisoned for another three months.

He died two years later in exile in the year 656, a martyr who stood up for the right of the Church to establish doctrine even in the face of imperial power.

Pope Saint Martin I is considered a saint and martyr by the Catholic Church and the Eastern Orthodox Church.