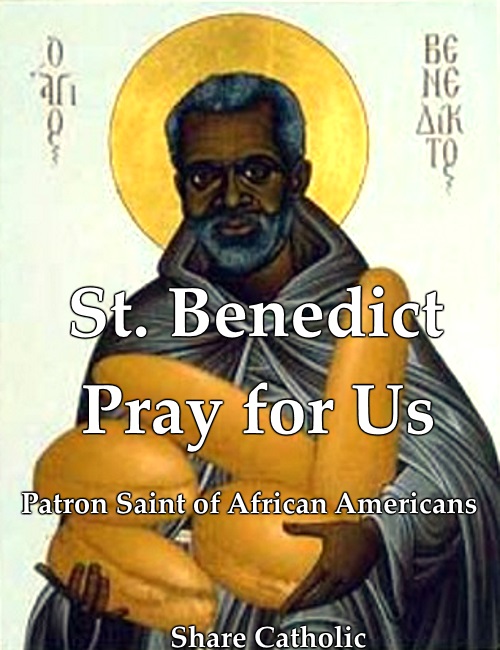 St. Benedict the African was born a slave near Messina, Italy. He was freed by his master and became a solitary, eventually settling with other hermits at Montepellegrino. He is the Patron Saint of African Americans.

He was widely respected for his deep, intuitive understanding of theology and Scripture, and was often sought for counseling. He also had a reputation as a healer of the sick.

Benedict died at the age of 65 and, it is claimed, on the very day and hour which he had predicted.

Benedict was beatified by Pope Benedict XIV in 1743 and canonized in 1807 by Pope Pius VII. It is claimed that his body was found incorrupt upon exhumation a few years later.

Benedict is remembered for his patience and understanding when confronted with racial prejudice and taunts. He was declared a patron saint of African Americans, along with the Dominican lay brother, Martin de Porres.