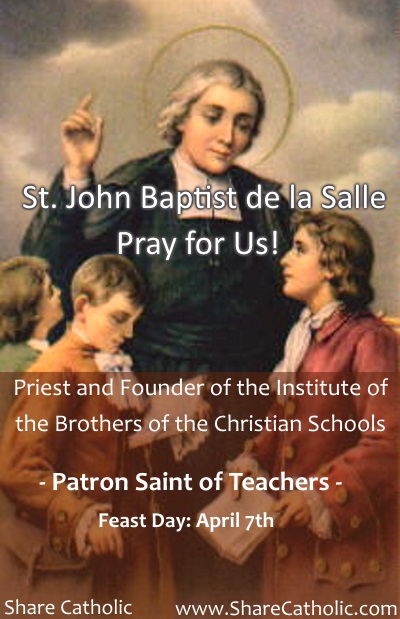 St. John Baptist de la Salle was born at Rheims, France on April 30th. He studied in Paris and was ordained in 1678. He was known for his work with the poor.

At that time, most children had little hope for the future. Moved by the plight of the poor who seemed so “far from salvation” either in this world or the next, he determined to put his own talents and advanced education at the service of the children often left to themselves and badly brought up. In 1680 founded the community of the Brothers of the Christian Schools.

He was one of the first to emphasize classroom teaching over individual instruction. He also began teaching in the vernacular instead of in Latin. His schools were formed all over Italy.