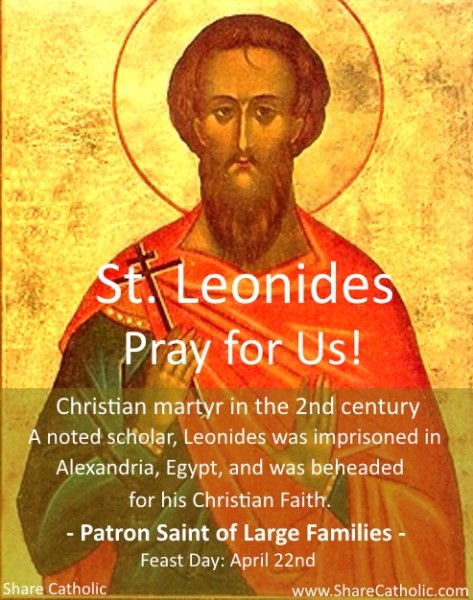 St. Leonides of Alexandria was a Christian martyr in the 2nd century AD. His son was the early Church father Origen. Leonides was martyred during the persecution of the Roman emperor Septimius Severus in the year 202 AD. Condemned to death by the Egyptian prefect Lactus, he was beheaded, and his property seized.