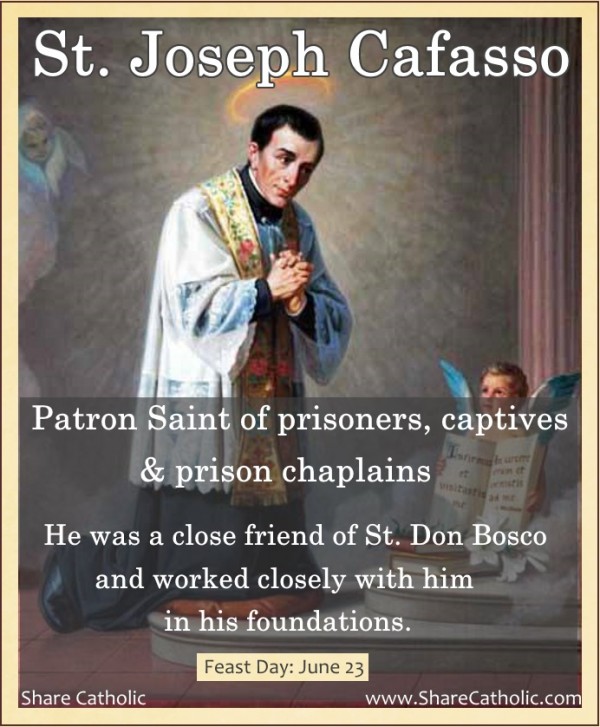 St. Joseph Cafasso was born in Italy to a peasant family. He studied at the seminary in Turin and was ordained in 1833. He was a brilliant lecturer in moral theology and a popular teacher. He made a deep impression on his young priest students which his holiness.

He was a sought after for confessions and as a spiritual adviser. He frequently ministered to prisoners and worked to improve their conditions.

He became close friends with Don Bosco and encouraged him on his path to his vocation of working with boys. He worked closely with him in his foundations.