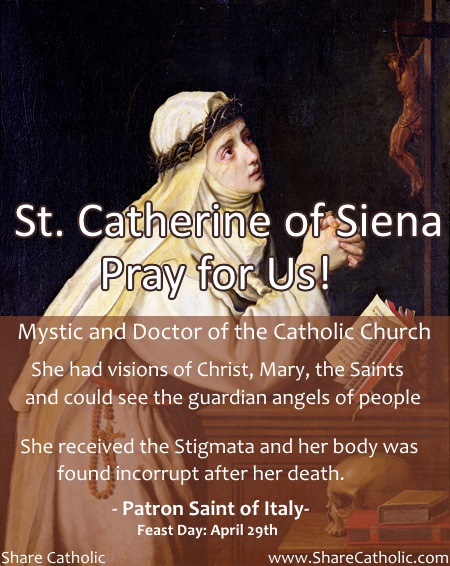 St. Catherine was born in 1347, in northern Italy. She started having mystical experiences at an early age, she could see the guardian angels of people. When she was 16, she became a Dominican tertiary and continued to having visions of Christ, Mother Mary and the Saints.

She is one of the two patron saints of Italy, together with St. Francis of Assisi.